Alternatives to kindling: How to light a fire in a pinch 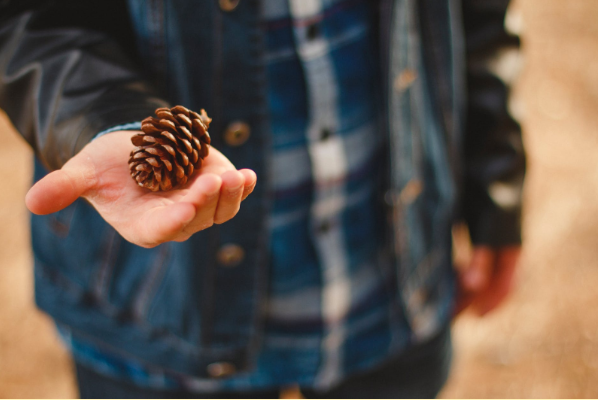 13 Apr Alternatives to kindling: How to light a fire in a pinch

Posted at 16:11h in Firewood by Chris Lee 0 Comments

We’ve said it before, and we’ll say it again: Proper kindling is the secret to a good fire.

Holding a lighter to a log isn’t going to light it. For a fire to start, the wood needs to reach a high enough temperature to catch – and sustain – a flame. That’s why we use kindling and tinder: The gradation from small, easy-to-catch wood through to large, slow-to-burn logs strikes the perfect balance.

A base of small and easily combustible material gives your fire the best opportunity of lighting well, and trying to light one without it is somewhere between a struggle and an impossibility.

The best kindling needs to light easily and burn quickly to a high enough heat that the logs around it catch alight. Our kindling fits this description. It’s softwood split cut to around 17cm long and dried until the moisture content is less than 10%: A size and dryness that ensure excellent performance and a hearty fire.

But what happens if you’re about to light a fire and you realise the kindling supply has run out?

This blog post gives you several kindling alternatives to use in a pinch.

If you’re having a fire at a campsite, in your garden, or somewhere else with plenty of woodland and nature nearby, you’re golden. If not, you have to get a bit more creative.

We’ve got you covered on both counts.

When you think about it, a pinecone is a little bundle of wood practically asking to be burned. There are different types, but the one you probably thought of first (below) makes brilliant kindling.

Try to prioritise dry, brown pinecones. The green ones will have a much higher moisture content, and you’ll struggle to get them burning.

Bark makes excellent tinder but can be used as kindling as well. You’ll just need more of it.

A lot of the time bought firewood will still have bark on the outside. If you’ve not got kindling, spend a while stripping off all the bark into a pile. When lit, this should burn well.

Silver birch bark is notorious for burning fantastically, although it’s not always easy to find on the ground (and it’s not proper etiquette to strip it off of living trees).

Sorry to break it to you, but your fireside snack can also double-up as kindling. So if you forgot to buy kindling but remembered to buy crisps, you’ve got a tough decision to make.

Because of their high fat content, crisps burn surprisingly well. Build a small stack, then add a lit one to the bottom, and watch them burn. We’ve heard anecdotally that Doritos work particularly well, but we can’t advise on other brands.

Let us know how you get on.

Thanks to how thin it is, newspaper makes a great firestarter. To use it as kindling, you’ll want to roll it up into a tight tube and tie it in a knot to prevent it from unrolling. Stick a few of these in a pyramid, and you should find that they burn much more slowly than loosely bundled up balls would – giving the firewood a chance to heat up.

What to use as tinder?

With makeshift kindling, it’s advisable to use more tinder. This refers to materials that are smaller than kindling, and which will give the kindling a chance to take.

Some materials can function as both tinder and kindling, depending on the amount used.

Here’s where to look for tinder to maximise the effectiveness of your kindling alternatives.

We sell eco-friendly firelighters that are 100% natural, and we think they’re pretty excellent. These firelighters are made in the UK from softwood shavings that are twisted and then dipped in wax. They’re environmentally friendly and are a great way to use a byproduct of the wood cutting process. We prefer these to other firelighters because they’re free of chemicals, odourless, and clean.

Loose bits of wood make good tinder – no surprises there. Gathering together a pile of small sticks, twigs, and dried leaves will give you a good base to build a fire.

To make sure your kindling takes, ensure the sticks, twigs, and leaves you gather are smaller and easier to light. The heat they generate will help the kindling to catch, and this, in turn, will light the logs.

Depending on where you are, you may find the floor is covered in thousands of dried pine needles. These make great tinder, just make sure not to pick up too much dust and grit.

Pile up the needles underneath a pyramid of kindling, and you should be golden.

The shavings from your wood box

Following the same logic as the previous two suggestions, the place you store your wood will probably have a layer of shavings, offcuts, and other detritus. Scrape this out, and you’ve got yourself some prime tinder.

Rather than tightly rolled tubes, as we mentioned earlier, you’ll want to use loosely balled up sheets of paper for tinder. These will catch quickly and burn quickly, so have a few on standby.

These little chemical cubes burn enthusiastically, and while divisive, are an increasingly popular method for lighting fires. Some people love the convenience of chucking a lit firelighter under some logs and waiting for the fire to start, while others think it’s sacrilegious to sit around a fire you didn’t build yourself.

Now you know what you can use as kindling and tinder in a pinch, you should be able to get a fire going wherever you are.

Probably best to order a couple of bags of kindling though, just to be safe!

Sorry, the comment form is closed at this time.